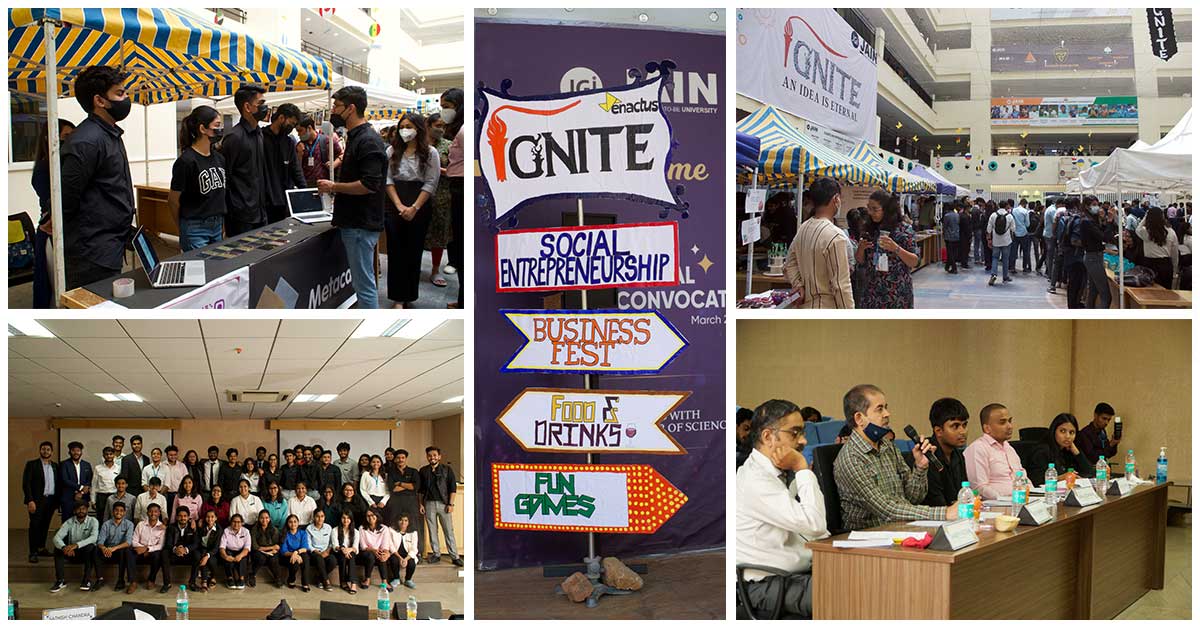 Ignite is an inter-class fest in which each class creates an eco-friendly business concept that benefits any underprivileged community by providing them with a source of income. The objective of the event is to provide a platform for the students of JAIN (Deemed-to-be University) to engage in idea generation activities, innovation, networking, and producing measurable results by taking on community projects. Enactus – JAIN (Deemed-to-be University) organized Ignite 2022 on March 11th at Jayanagara 9th Block campus. Ignite 2022 had Mr. Aman Bhayana, owner of Paycrunch, as the chief guest.

The event comprised a preliminary round and a final round. In the final round, which took place on the day of Ignite 2022, the participants were faced with a set of panelists, each of whom is skilled and knowledgeable in their fields. Each panelist assessed the practicality and feasibility of the venture and model and accordingly the best business model was declared the winner. Simultaneously, the students also set up stalls to collect funds to finance their respective ventures. A total of 21 stalls were set up at the event. The panelists included Vidyashankar, Advisory Board Member - Abhyudaya, Mr. Sanjeev Koushik, Volunteer – Abhudaya, and Advisor and Organizing Member - Suryakranti, Satish Chandra, Assistant Manager – Sightsavers, Suraj Sudarshan, Strategic Advisor, Rural Projects Manager, and Head of Operations at Bangalore Student Community, and Meehanaka, Enactus JU President (2019-2020).

The event began with a torch lighting ceremony by the chief guest and the panelists at 9:30 a.m. and then Enactus and its ongoing projects were introduced to the audience by Kevin Pinto, Head of Projects- Enactus. This was followed by the logo reveal. Dr. Smita Kavatekar, Enactus Faculty Mentor, spoke a few words in which she spoke about the value of generosity and congratulated the entire team of Enactus. Next, the chief guest Aman Bhayana delivered his speech in which he spoke about the factors to consider while starting up a business. He said, “Rather than focusing on the means of starting a company, what matters is the idea itself. As long as the business idea is clear and valuable, nothing else becomes a real obstacle.” Another important aspect he talked about in his speech was the team. He emphasized that the type of team one works with matters the most. He concluded, “Failure is not what truly matters; what matters is that you tried. You can always rise and learn from your mistakes.” After the speech, the chief guest cut the ribbon at the 3rd-floor quadrangle which was followed by the banner reveal. The stalls officially opened and immediately began attracting students and faculty. At 10:45 a.m. the participating teams started presenting their business models and ideas. The panelists evaluated the teams based on the prescribed evaluation criteria (economic, social, and environmental factors).

The teams to participate were:

The winners were declared following the presentation and evaluation. The panelists distributed prizes to the winners.

A memorable day came to an end, and the event was concluded with a vote of thanks by Kishika Sharaf, Head of Enactus JAIN (Deemed-to-be University). 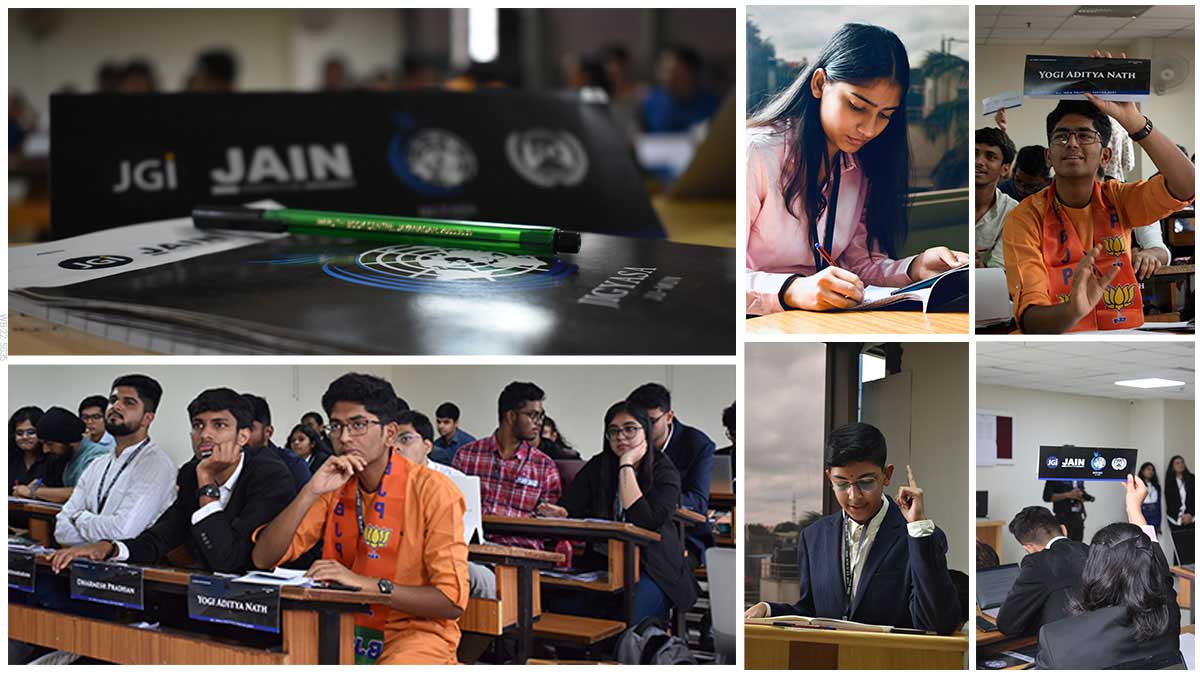 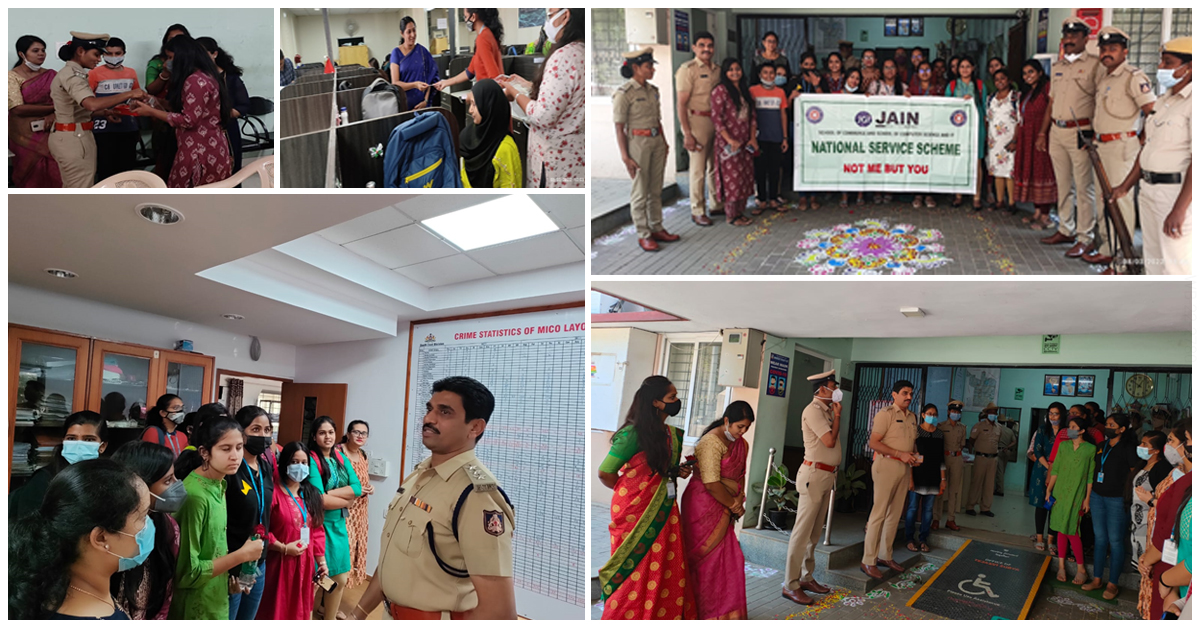 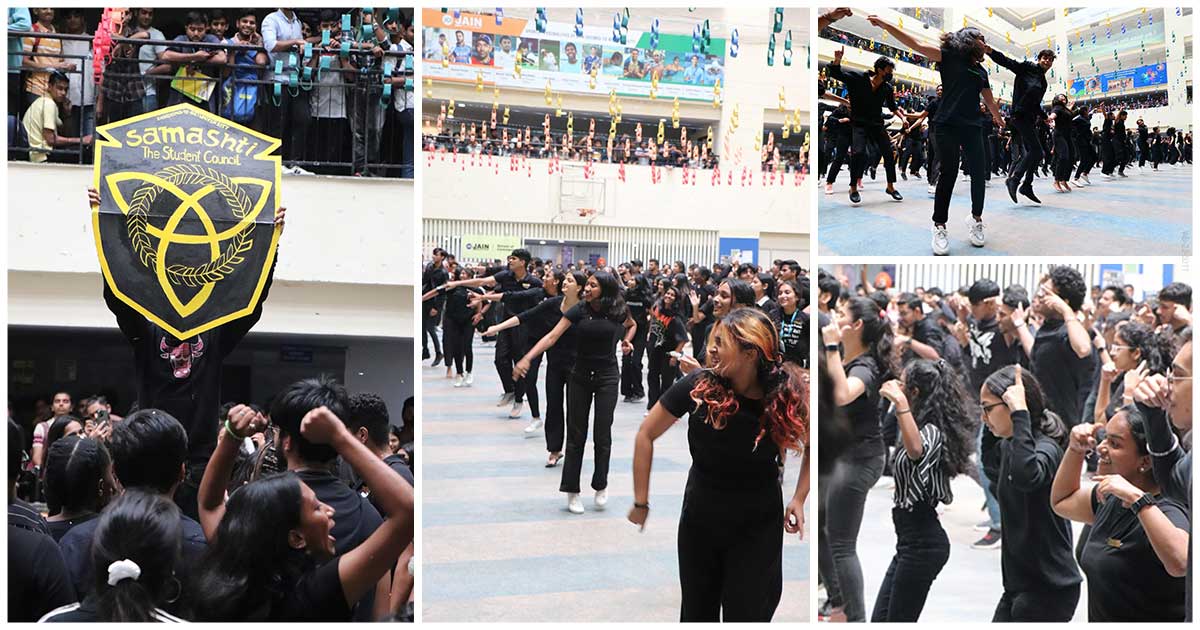